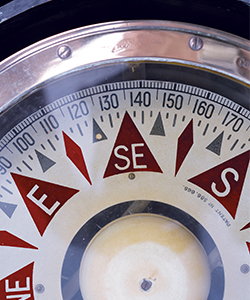 The Liberian Registry was established in 1948 with the support of former U.S. Secretary of State Edward Stettinius who was also an instrumental figure in forming the United Nations. In 1959, Liberia became a founding member of the International Maritime Organization and has worked diligently to promote maritime safety, security and environmental protection.

Since its inception, the Liberian Registry has been operated from the United States. In fact, the U.S. structure and principles governing the Administration of the Liberian Registry are embedded into Liberian law. Pursuant to these statutes, the Registry must be principally operated from the U.S. and managed by international maritime professionals for the benefit of the people of Liberia. The strong U.S. – Liberia alliance provides the Registry with the ability to participate in the international arena with key industry institutions.

The Liberian Registry is a sovereign maritime jurisdiction responsible for the registration, regulatory enforcement, and safety of ocean-going ships. The Registry establishes identification details for ships and records legally enforceable documents, such as mortgages and bills of sale.

The Registry is also responsible for the enforcement of maritime treaties, including Safety of Life at Sea (SOLAS); Prevention of Pollution from Ships (MARPOL); the Standards for Training, Certification and Watchkeeping for Seafarers (STCW) and Maritime Labour Convention (MLC). The Ship Registry runs in parallel with the Liberian Corporate Registry, which performs the same functions as the corporate registration service of any other government.

The Liberian Registry has seen tremendous growth supported by first-rate shipowners throughout its long history. It is also one of the few open ship registries with an independent association of shipowners, known as the Liberian Shipowners’ Council (LSC), a member of the International Chamber of Shipping.