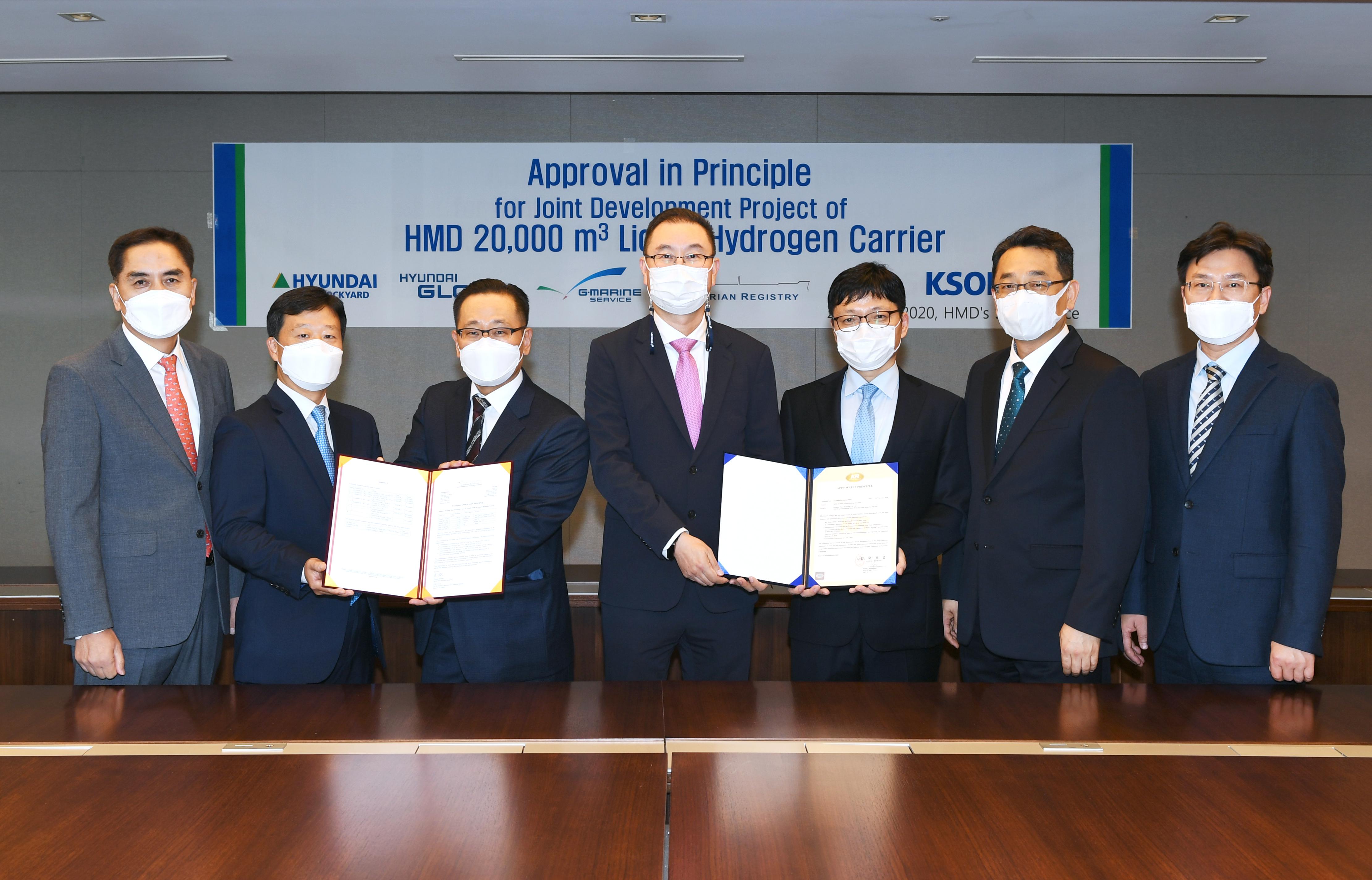 Alfonso Castillero, Chief Operating Officer of the Liberian International Ship and Corporate Registry (LISCR) states, “It is meaningful to participate in this joint industry project (JIP) of hydrogen carriers from the standpoint of a flag State with a long history and technical verification capability. As a flag State, our technical department has taken a very close look at the safety and regulatory aspects of the design and its implementation. We are very pleased to be working with these wonderful partners on this, and we appreciate the wonderful cooperation with HHI Group, Hyundai Glovis, KR and the entire team.”

An official from Hyundai Heavy Industries Group said, "It is meaningful in that shipbuilding and shipping companies have cooperated to secure the growth engine of the future hydrogen economy era,” and “We will actively pioneer overseas large-capacity hydrogen transportation market based on advanced technology".

According to the ‘Hydrogen, Scailing Up’ Report released in 2017 by the Hydrogen Council, the global hydrogen market is expected to grow to $2.5 trillion by 2050, accounting for 18% of the total energy demand. Accordingly, the Korean government also announced the 'Road Map for Activating the Hydrogen Economy' last year, and is spurring the revitalization of the hydrogen economy in various industries such as shipbuilding, automobiles and batteries.

This ship design is characterized by the use of a double-structured vacuum insulated tank to improve insulation and minimize hydrogen BOG generated during operation. In addition, by adopting an electric propulsion system, hydrogen BOG can be used as fuel for fuel cells in the future.

In order to transport a large amount of hydrogen by ship, a liquefaction process that reduces the volume to 1/800 and increases stability is essential. Since hydrogen liquefies at a cryogenic temperature of -253°C, which is lower than LNG that liquefies at -163°C, a liquefied hydrogen carrier needs advanced cryogenic technology to stably preserve it.