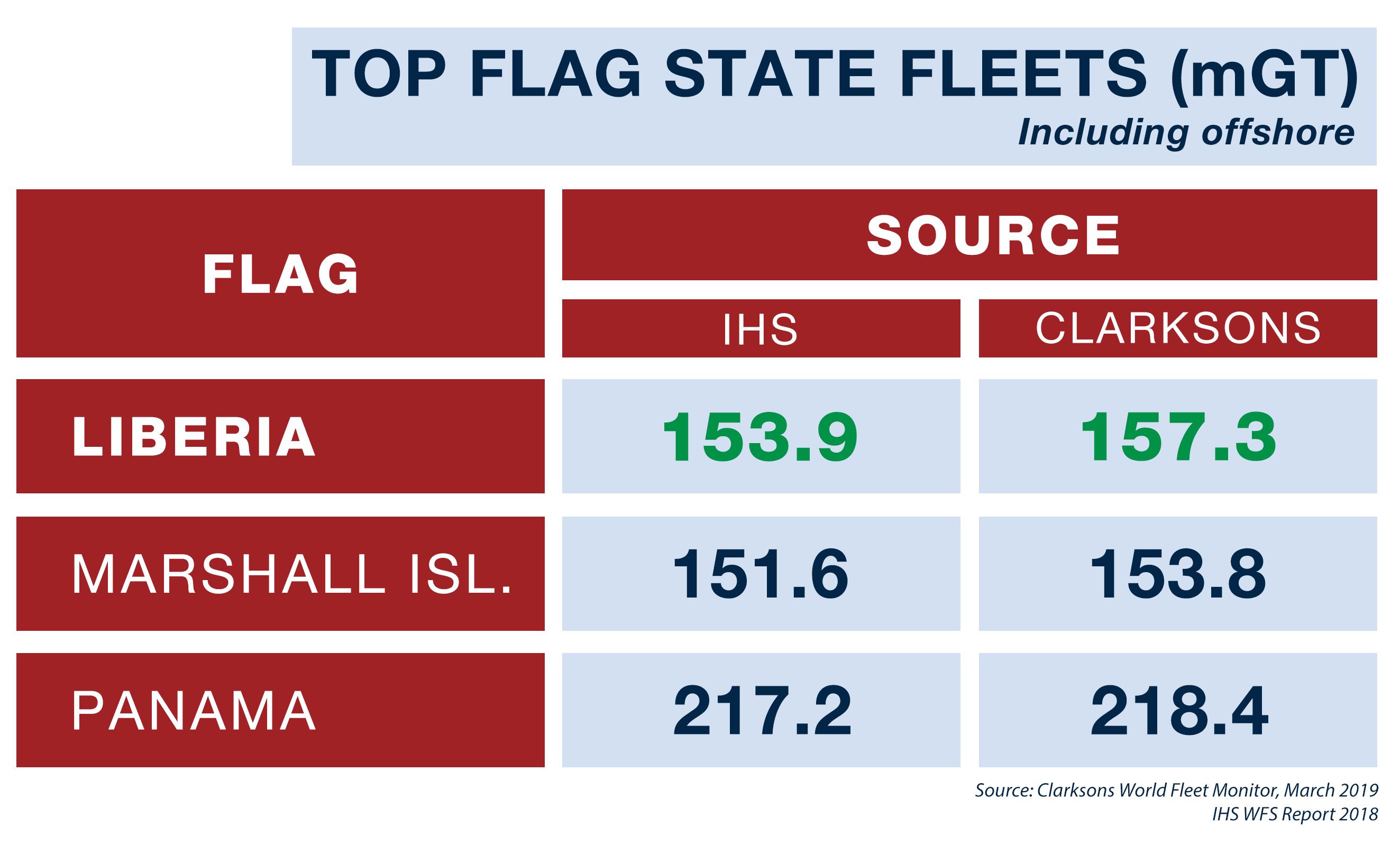 Liberia is the second largest ship registry in the world, according to leading shipping analyst Clarksons in its Clarksons World Fleet Monitor January 2019. This report confirms that, in gross tonnage terms, Liberia has overtaken and outgrown the Marshall Islands, which now languishes in third place.

Alfonso Castillero, COO of the Liberian International Ship & Corporate Registry (LISCR), the US-based manager of the Liberian Registry, says, “This is about quality of service, not discounted rates.

“The Liberian fleet was the fastest growing major open flag in both the shipping and offshore sectors in 2018, and currently has a growth rate of 8.0% - more than twice that of most other open flags. There are a number of reasons for this, not least a growing recognition on the part of major shipowners and managers that Liberia, more than any other flag state, is able to combine increased safety and efficiency with reduced costs.

“The quality of service offered, and the rapid response times achieved, are important factors behind the significant growth recorded by the Liberian Registry, whose clients are able to communicate with our highly qualified, motivated staff at any time of the day of night, thanks to the registry’s global network of offices staffed by experience professionals.

“Owners and managers have also been shifting their fleets to Liberia because of the huge cost savings available under the historic agreement on port dues with the People’s Republic of China. This agreement, which was recently renewed, can result in savings to owners of millions of dollars.”

Liberia is not only making shipping more cost-effective. It is also making it more efficient and safer through the strategic deployment of its expanding global services and international presence and its pioneering role in the application of cutting-edge technology.

Alfonso Castillero says, “Compared to other flags, the detention rate for Liberian-flag ships was down significantly in key jurisdictions in 2018, especially in areas like China, where other flags experienced an increase in their detention rates. This was due in no small part to the success of Liberia’s complimentary Detention Prevention Programme, the first of its kind developed by a flag state.

“Liberia is ideally positioned to further strengthen its leading position in the global shipping industry. It will do this by continuing to take proactive action in the best interests of owners and managers who make their flag choices on the basis of a registry’s proven success and effectiveness. Liberia is the smartest decision for owners looking for the best quality with significant cost savings.”