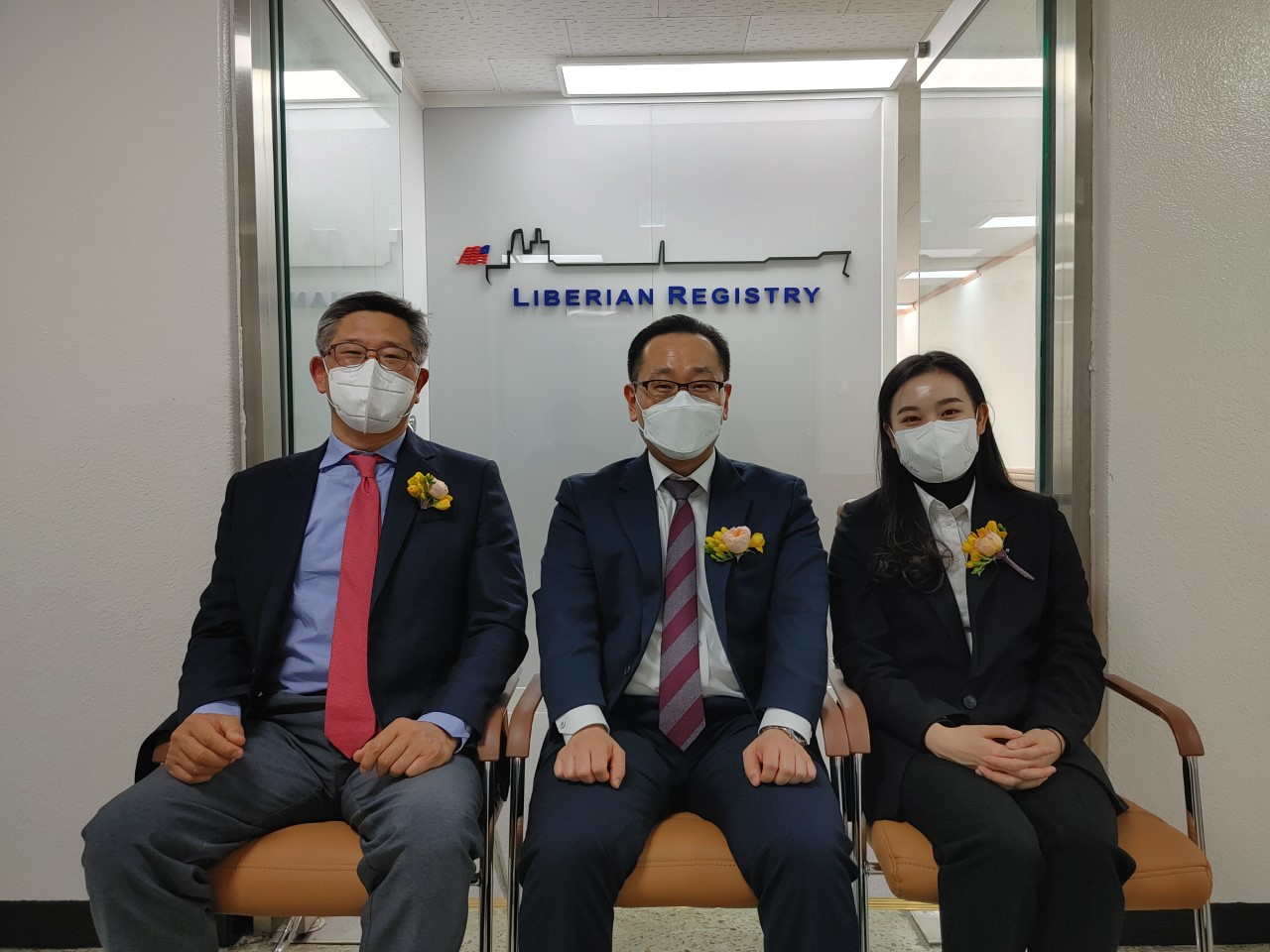 The Liberian Registry announced the expansion of its presence in South Korea, with the opening of its Busan branch office.  After a successful several years of winning over tonnage from Korean owners, the Liberian Registry has met the demand of its ever-increasing Korean fleet with this additional technical and operational office in the heart of Korea’s maritime city.

Chief Operating Officer of the Liberian Ship and International Corporate Registry (LISCR), Alfonso Castillero states: “The opening of our Busan office achieves a strategic objective of our growth in the very important Korean market.  The majority of Korean owners will have their management companies located in Busan so this will be a dual office in the sense that it will support our growing client base in Korea on technical and operational matters, and it will also be a key in our business development efforts in Korea.  With the tonnage coming to LISCR from Korean owners this year and next, this will be a very busy office!”

Managing Director of LISCR in Korea, Mr. J. S. Kim, who will continue to oversee the Registry’s overall efforts in Korea from his headquarters in Seoul continues: “This is a very big and important step for the Liberian Registry in Korea.  We have seen such an increase in Korean shipowners deciding to adopt the Liberian flag, and this will be a direct benefit to them to have this technical, operational, and safety-focused office locally.”

Heading up the Busan office is Mr. J. D. Shin, who joins from the Korean Register of Shipping.  He was with KR for the past thirty years after starting his career at sea as a marine engineer.  During his distinguished career at KR, Mr. Shin included stops in Ulsan, New York, Athens, and in KR’s HQ.  He has held the posts of General Manager of Convention & Legislative Service, Ship Survey Team, Overseas Business Team, and as Principal Surveyor.

Also joining the Busan team is Ms. Florie Kim who joins LISCR following a career in which she has spent time with Class NK, as well as TP Shipmanagement.

LISCR Busan, which is located within the same building as the Korean Shipowners’ Association, joins Oslo, Imabari, Houston, and Manila as the newest additions to the global network of full-service offices for the Liberian Registry.